As you might have gathered from previous posts, I have quite a liking for blood oranges.  (And I promise this will be the last you’ll hear of blood oranges from me for a long while!)  I was wondering what else I could make from them, especially as the organic ones I had were starting to get wrinkly.  A blog search for recipes came up with sorbet, and that’s when I decided to go back – again – to Nigella Lawson’s Margarita Ice Cream recipe and adapt it for a blood orange version. 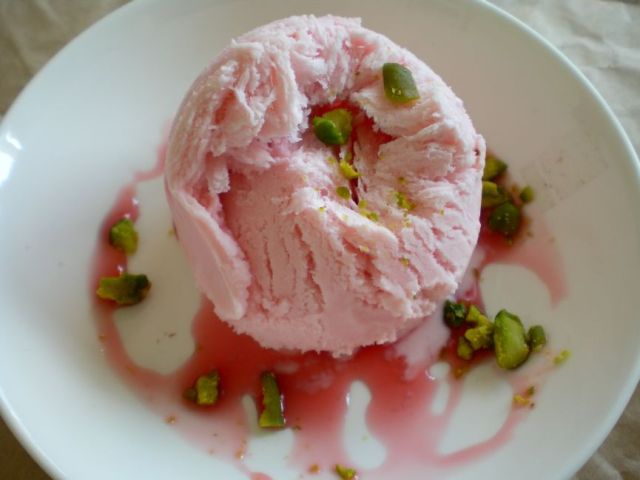 I have to say it again – it’s such a joy to use that recipe as a basis because it’s so quickly done, and the result is so gratifying.  I prepared the recipe up to step two, then divided the mixture because I wanted to have a blood orange only and a blood orange and Campari version.  So if you feel like trying out this recipe and don’t want any alcohol in it, just use the total amount of ingredients without dividing them and leave out the Campari. 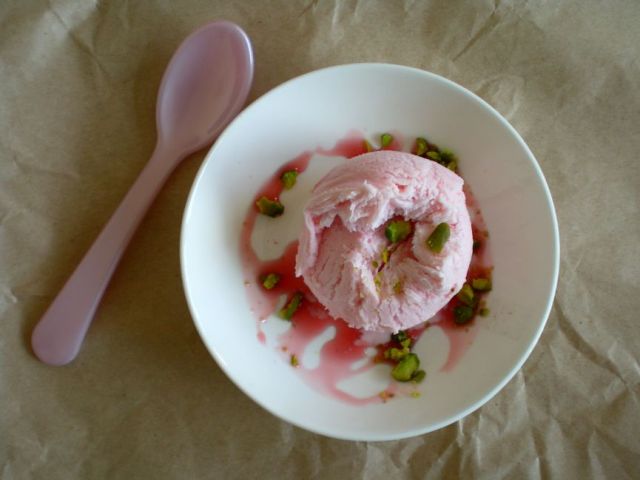 Combine the blood orange juice and the powdered sugar in a bowl, and whisk until sugar has dissolved.  [If you’re only making one version – either with or without alcohol –, use a large bowl!]

If making two versions, divide the mixture between two bowls.  Add Campari to one bowl, and one cup of cream to each bowl.  Softly whip the cream mixture until smooth but not stiff.

Spoon into containers and freeze overnight. 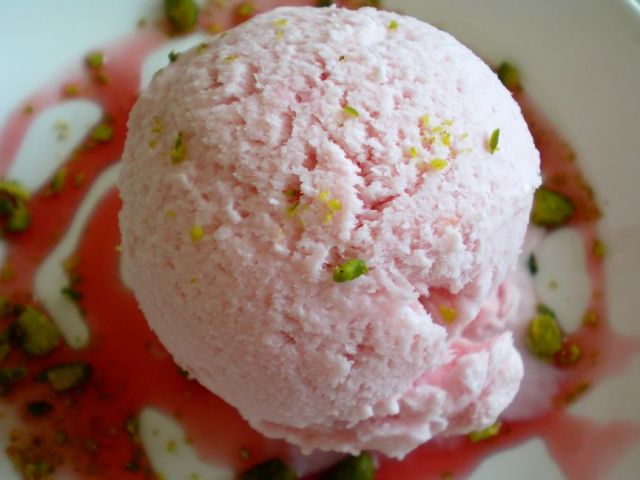 This ice cream will not freeze too hard, and will melt quickly and – as Nigella Lawson puts it – voluptuously.  I was actually thinking of making popsicles, but decided that the moulds I have are too large;  the ice cream would melt too quickly, and with thin longish popsicles you probably wouldn’t get to appreciate the texture so much.  Maybe some sort of small round ice lollies would be a good idea to try for.

I’m just thinking that this will make a great dessert for a dinner party, served on filleted oranges, or with a citrus fruit salad… 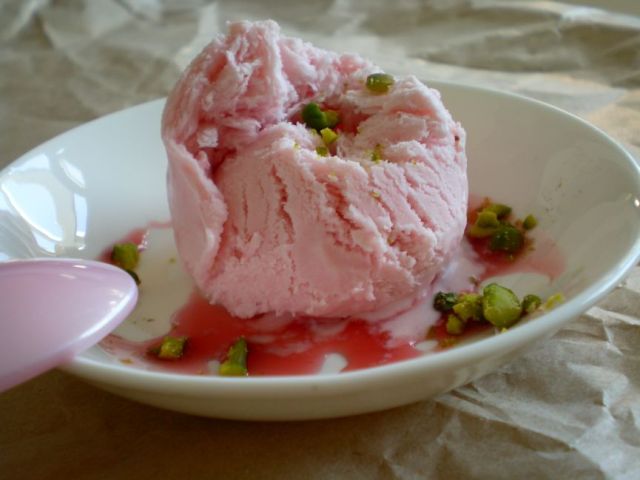